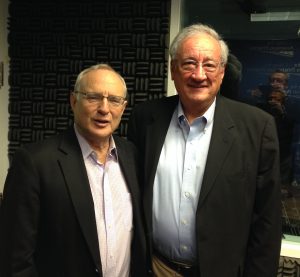 Welton will be joined in the second half of the show by Rabbi David Saperstein, who recently completed his tenure as Ambassador-at-large for International Religious Freedom. Saperstein is the former longtime director of the Union for Reform Judaism’s Religious Action Center and was nominated by President Obama in 2014.

As the first non-Christian to hold the ambassadorship, as well as an author, attorney and lifelong activist, Saperstein is uniquely qualified to offer an objective evaluation of the state of religious freedom around the globe and here at home. Now serving as Senior Advisor back at the Religious Action Center, we’re looking forward to getting his take on the Trump administration and the fight for religious freedom here and abroad.